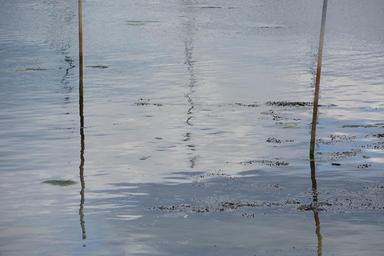 We made it through a Covid-19 summer! It was probably one of the strangest summers of my adult life, but I have actually been really mentally healthy. Last year I was in far worse shape, at least in my head, which is sort of ironic considering the state of everything. But let's think about all the great things I did over the last copule of months. I listened to a lot of great music: I discovered Olivier Messiaen, Arvo Pärt, and Terry Riley. I fell even deeper in love with Chopin. And I jammed out to Charli XCX and Haim quite a lot as well.
I rode over 323 miles on my bike! I mostly rode in a self-created loop using the bike trail near my house, and riding near that water has been a dream. I've stayed almost completely off social media, which has been so much more cleansing than I even imagined. I also started actually writing again, in a more serious way, which has been a lot of fun. I wrote fanfiction for the first time, based almost entirely on my emotional destruction over the series finale of She-Ra and the Princesses of Power. All in all, I would say that this summer has been a far greater success than I expected, and I'm looking forward to keeping my good mood going into the autumn.